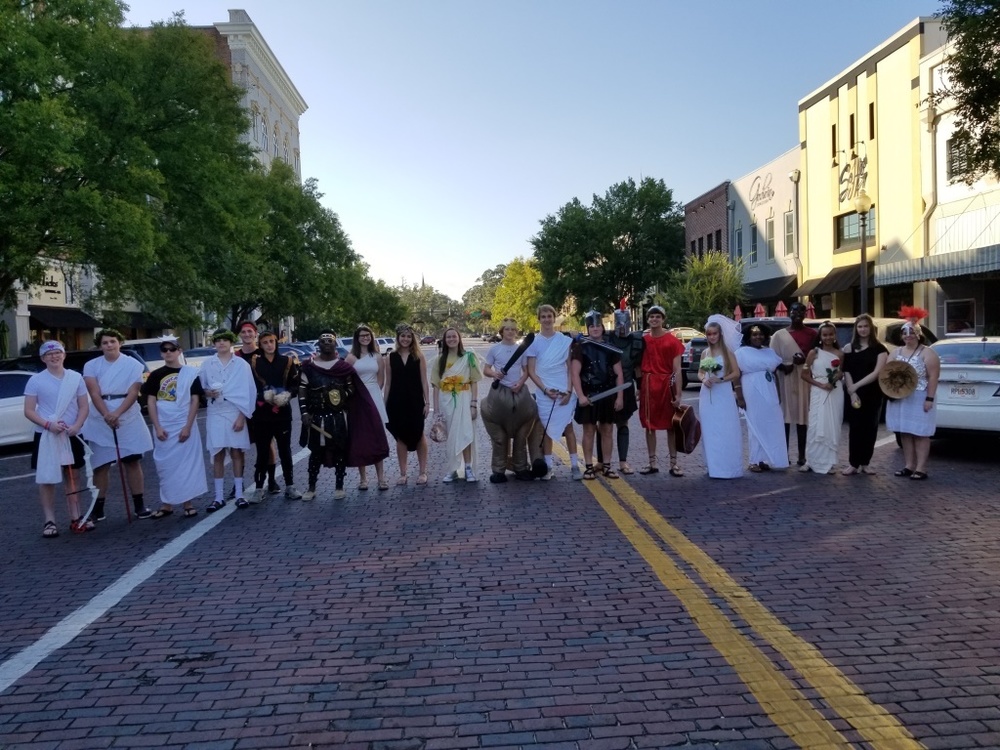 Scholars Academy's annual Mythology Banquet was a smashing success where members of Rebecca Ramsey's 10th Grade Honors English class came donned in their costumes to represent the god, goddess, mortal, or monster of their choosing! These were all characters that have been part of the unit of study from Edith Hamilton's Mythology where students have gained knowledge of Greek and Roman mythology, studied how mythology relates to all cultures, and discussed the influence of mythology in modern society.
Each student presented a roast and/or toast of another character as well as 3 creative hashtags pertinent to the character they chose to portray, and the festivities were enjoyed by participants and guests alike!